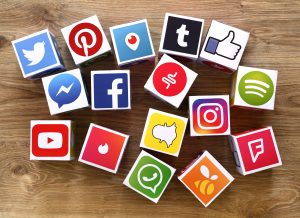 Social media is a great way to stay connected to loved ones who don’t live nearby and to reconnect with friends that we haven’t seen in a long time – but social media definitely has its downfalls. For divorcing couples, social media can create a major pitfall in the divorce process and can be potentially damaging to your case.

You may not think so, but there is something called oversharing when it comes to social media. During a divorce, there are a lot of things that can be posted that can be damaging for you. Social network information can provide crucial evidence in divorce and child custody cases. According to the American Academy of Matrimonial Lawyers, sixty-six percent of the lawyers surveyed cited Facebook as the source of online evidence.

Let’s look at a couple of examples that could create unnecessary and avoidable problems.

These are only a few of the many ways that divorcing couples become their own worst enemy during a divorce case. Social media can create a major problem during your custody situation and should be either avoided or eliminated altogether.

Lasiter & Jackson is experienced in Phoenix divorce cases and recommends the following to help people keep their personal life outside of divorce court.

To make sure you present yourself the best way and know what can hurt you and what will help you, reach out to the experts at Lasiter and Jackson Law in Phoenix. We have done this time and time again and laws can change. You may not be aware of what can be used and what can’t in a court of law. Call us today!

Why Should You Hire A Qualified Lawyer?

Click Here To Learn About The Benefits of Hiring a Lawyer

*Zoom consultations are available upon request.